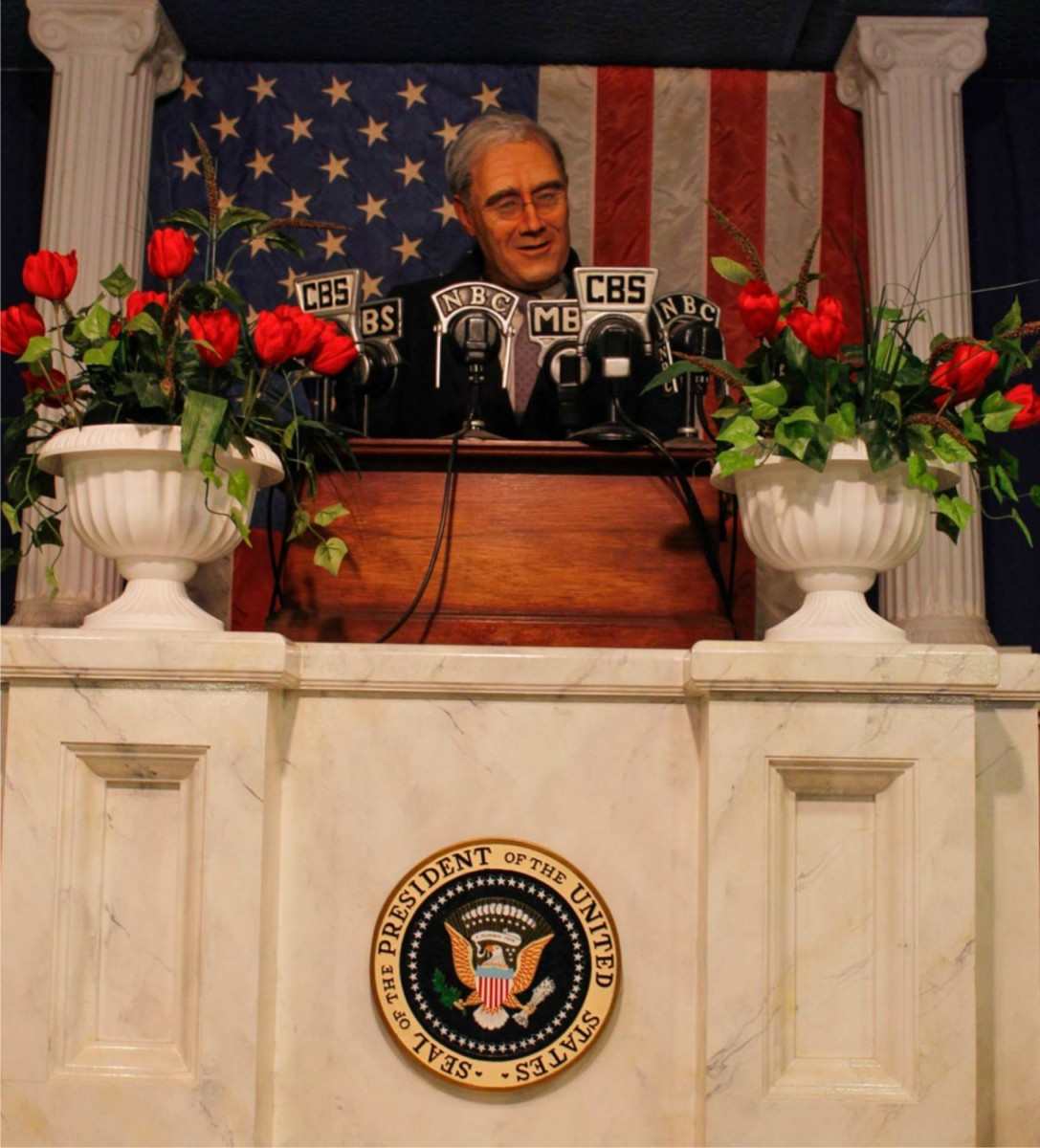 as he delivers an excerpt from his historic

The Four Freedoms were goals articulated by United States President Franklin D. Roosevelt on January 6, 1941. In an address known as the Four Freedoms speech (technically the 1941 State of the Union address), he proposed four fundamental freedoms that people "everywhere in the world" ought to enjoy:

Roosevelt delivered his speech 11 months before the United States declared war on Japan, December 8, 1941. The State of the Union speech before Congress was largely about the national security of the United States and the threat to other democracies from world war that was being waged across the continents in the eastern hemisphere. In the speech, he made a break with the tradition of United States non-interventionism that had long been held in the United States. He outlined the U.S. role in helping allies already engaged in warfare.

In that context, he summarized the values of democracy behind the bipartisan consensus on international involvement that existed at the time. A famous quote from the speech prefaces those values: "As men do not live by bread alone, they do not fight by armaments alone." In the second half of the speech, he lists the benefits of democracy, which include economic opportunity, employment, social security, and the promise of "adequate health care". The first two freedoms, of speech and religion, are protected by the First Amendment in the United States Constitution. His inclusion of the latter two freedoms went beyond the traditional Constitutional values protected by the U.S. Bill of Rights. Roosevelt endorsed a broader human right to economic security and anticipated what would become known decades later as the "human security" paradigm in social science and economic development. He also included the "freedom from fear" against national aggression and took it to the new United Nations he was setting up.